When is the best time to fly to Phuket?

Flying to Phuket in June is usually considered the best time to fly. However, you will find other deals are always available year round. February sees the temperatures in Phuket peak to their warmest. October tends, on average, to see the most amount of rainfall.

When is the best time to book flights to Phuket?

Booking 23 days in advance of your planned departure date is, on average, the best time to get cheap flights to Phuket. The general trend is that the closer you book to the departure date, the more expensive your flight will be.

Which day is cheapest to fly to Phuket?

The cheapest flights to Phuket are usually found when departing on a Tuesday. The departure day with the highest cost at present is Sunday.

At the moment, flights at noon are likely to offer the best value for money for your Phuket trip. A flight in the morning will more often than not be of higher cost.

The largest island in Thailand, Phuket, attracts more than a million visitors a year from all over the world – and it’s easy to see why. The minute a flight to Phuket lands visitors are greeted by miles of sandy coastline set against a backdrop of lush rainforest not to mention the warm and smiling faces of the local Phuketians.  Although the island is heavily developed, especially around touristy Hat Surin, there are still remote beachfronts to enjoy including Karon and Nai Han.

Most people who come off Phuket flights will bypass the provincial capital, Phuket Town, and head straight for the beach resorts. But to get a sense of the real Phuket, spend a few days exploring this buzzing, multicultural capital. Stop by the Phuket Philatelic Museum which was once the old post office building. Here you’ll find the best example of Sino-Portuguese architecture in the region. Foodies can’t miss a trip to Phuket’s colourful street markets where vendors sell everything from noodles to ice cream. 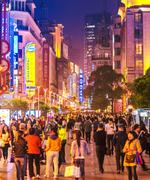 Prices found by our users for local departures to Phuket