Flights to Delaware in 2021

The best prices found for PHL flights for July, August

Cheap flights to Delaware found for this year

Late deals on round-trip flights to Delaware, departing today and this week

When is the best time to fly to Delaware?

Average Philadelphia flight ticket prices and weather conditions for 2021 and 2022 by month.

January is typically the best time to fly to Delaware, but there are other times where great deals are available. July sees the temperatures in Delaware peak to their warmest. July tends, on average, to see the most amount of rainfall.

When is the best time to book a flight to Delaware?

Booking 44 days in advance of your planned departure date is, on average, the best time to get cheap flights to Delaware. The general trend is that the closer you book to the departure date, the more expensive your flight will be.

Which day is cheapest to fly to Delaware?

At the moment, Wednesday is the most economical day to take a flight to Delaware. Friday is likely to be the most costly.

What time of day is cheapest to fly to Delaware?

Delaware may the second smallest in the US but those who travel here consider it a hidden gem. Often overshadowed by neighbouring Pennsylvania and Maryland the handful of tourists who head to Delaware for holiday enjoy the seclusion and secrecy of this east coast state.

Delaware’s nickname, The First State, refers to the fact that Delaware was the first to ratify the Articles of Confederation (the first document in the United States Constitution that legally names political entities “states”). The first of many things occurred in Delaware. The first time Betsy Ross’s famous flag was flown was at the Battle of Cooch’s Bridge located in Newark. Nylon was first produced in Delaware at the Du Pont Laboratories in Seaford. And, New Castle was the site of the nation’s first scheduled steam railroad in 1831.

Since there is no major airport in Delaware, there are no direct flights to Delaware. Flights to Delaware’s New Castle County Airport are available for private aircraft and some limited commercial flights. Once you’re in Delaware, sit back and enjoy the crisp air from the ocean breeze. Take a walk under the stars in charming downtown Wellington, or just sip a nice glass of wine at one of the many hidden restaurants in the hills. Whatever the reason for visiting this small state, visitors always leave wanting more.

Delaware has a moderate climate with average monthly temperatures that range from zero degrees (Celsius) in winter to 24 degrees in summer. More than half the days are sunny, and temperatures along the Atlantic coast are about ten degrees warmer in summer and cooler in winter.

When is the best time to fly to Delaware?

Peak Season:
Delaware’s 30 miles of Atlantic coastline are a beach haven in the summer. Many businesses, campgrounds, and services are open only for the summer season, Delaware flights are high, and reservations should be made in advance.

Wilmington and the Brandywine Valley are year-round destinations.

Off Season:
Off-season bargains abound along the Atlantic coast. Even though many of the businesses close, if you look around you can find a place to stay. May and especially September are great times to find cheaper rates, comfortable temperatures, and quieter beaches.

Delaware is 96 miles long and varies from nine miles to 35 miles in width. The best way to get around the state is by car.

Wilmington is on the main East Coast train and bus routes, but to get to other parts of the state you will need to drive.

See alternative destinations where airfare is generally forecast to be close to Delaware flight prices. 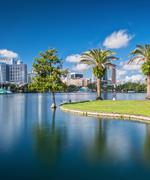 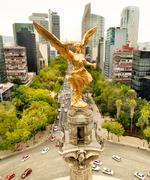 Select your preferred flight destination in Delaware from the list below.

Select your preferred route to Delaware from Philippines below

Not set on Delaware? See the cheapest flights to Philippines. Airfare prices updated on July 26, 2021.